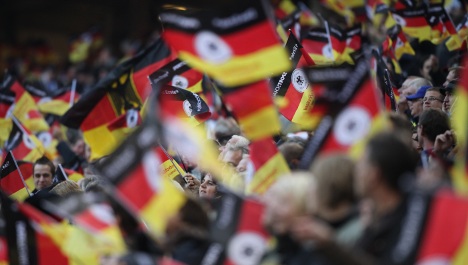 Only a 90th-minute goal by Lukas Podolski saved Germany’s blushes as an early goal from Finland’s Jonatan Johannsson threatened to spoil the party after the team qualified for next year’s World Cup with a 1-0 win over Russia last Saturday.

Germany was far from impressive at Hamburg’s HSH Nordbank Arena as Finland controlled the game for long periods before German substitutes Mesut Özil and Miroslav Klose combined to set up Podolski with time almost up.

But Ballack said his side deserved more than the jeers and whistles, having dropped just four points during their qualification campaign and remain undefeated after ten matches.

“I just can’t understand the whistles,” said Chelsea star Ballack. “Of course, we didn’t play well, but the team does not deserve that after a good qualification campaign. We are all disappointed, but I expected a bit more tact from our own fans.”

Finland’s only win over Germany was 86 years ago in Dresden and Stuart Baxter’s side came agonisingly close to pulling off another rare win on German soil.

“In the first-half we didn’t play well, everyone saw that,” admitted German coach Joachim Löw. “After the break, we raised our game, but Finland defended well and we weren’t as fresh as we were in Moscow. Having said that, it is always difficult after such a game to raise the standard. We have to work much harder at breaking down defences. I know we have a good team, when they are focused.”

After drawing Germany 3-3 in their previous meeting in Helsinki in September last year, Baxter was understandably disappointed at the result.

“We have played Germany twice and I am disappointed at the two draws,” said Baxter. “In both games we conceded an equaliser very late and that is a real pity. In the first-half the team played almost perfectly and I am very proud of my players.”

Löw opted to rest Bastian Schweinsteiger, Klose and Per Mertesacker – who all started in Moscow, but he still had Ballack and Philipp Lahm on the pitch.

“We have struggled recently against defensively-orientated sides – and this was another example of that,” said Lahm. “We did not get the ball into the last third of the pitch enough and there

is plenty to work on.”

Löw said he will demand an improved performance from his side before next month’s friendlies against Chile in Cologne on November 14 and Egypt in Gelsenkirchen on November 18.