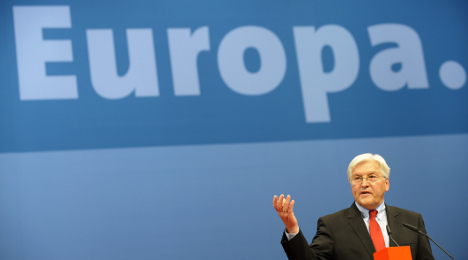 Polish President Lech Kaczynski’s signature was one of the last remaining hurdles on the treaty, which would reform the EU’s institutions, making for smoother decision-making and greater influence internationally.

The treaty, which Germany ratified in September, is strongly backed by political leaders here, especially Chancellor Angela Merkel, who has personally staked much on the implementation of EU reform.

Of the 27 member states in the EU, only the Czech Republic is still to ratify the treaty. Poland’s signature will intensify pressure on Czech President Vaclav Klaus.

In Berlin, Steinmeier greeted the Polish ratification as the “last-but-one milestone” before the treaty takes effect.

“The Lisbon Treaty is the necessary basis for a unique and strong Europe, which will take Germany and Poland forward together as close partners and friends,” Steinmeier said.

He also expressed “the concrete hope that the path will now also be promptly cleared for the treaty in the Czech Republic.”

With the re-elected Merkel widely seen as Europe’s senior leader, Germany has much to gain from a more efficient EU, commentators say.