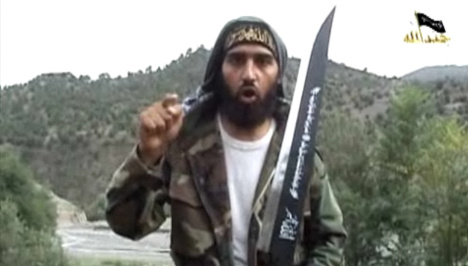 The two men, one from Bonn and the other from Hamburg, appear to be members of the same Islamist circle as Moroccan-born brothers Yassin und Mounir Chouka, who have turned up in previous videos threatening Germany with terrorist attacks.

They are now thought to be members of the Uzbekistan Islamic Movement (IBU).

One of the men, a 22-year-old from Bonn who goes by the name Abu Safiyya, called for an armed struggle, according to news reports in Focus and Der Spiegel magazines. He is of Afghan background.

According to Spiegel, a further German Islamist named Abu Askar has also been identified. The Iranian-born man lived in Hamburg, but flew to the Pakistan city of Peshawar in March.

With his girlfriend and others from Hamburg, he was affiliated with the German branch of the IBU, along with the Chouka brothers.

Several videos have emerged in recent weeks threatening Germany with reprisals if Bundeswehr troops were not withdrawn from Afghanistan. In the latest video, from October 3, fighters from the IBU called for a “holy war.”