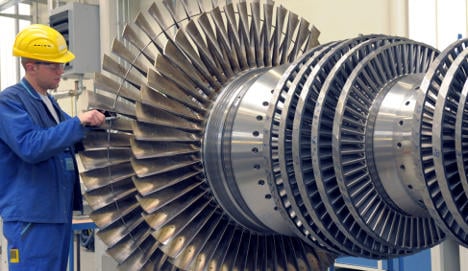 The trade surplus, meaning that Germany exported more goods than it imported, was €8.1 billion ($12.0 billion) in August, down from €14.1 billion in July, the national statistics office said. Economists polled by Dow Jones Newswires had forecast a much larger surplus of €12.5 billion.

“The recovery of German exporters suffered a setback in August 2009,” said Anton Börner, the president of the Federation of German Wholesale and Foreign Trade, explaining that the thin order books from earlier this year were now showing their impact.

As one of the world’s biggest exporters and one of the few large economies to have a trade surplus, Germany has been hit hard by the global recession, with its output forecast to shrink four to five percent this year.

But Carsten Brzeski, an economist with ING Bank, said German exporters would also likely be the first to benefit as the world economy recovers.

“The German specialisation in investment goods and the strong presence in Asia will make Germany to one of the main beneficiaries of demand spurred by the worldwide recovery,” he said.