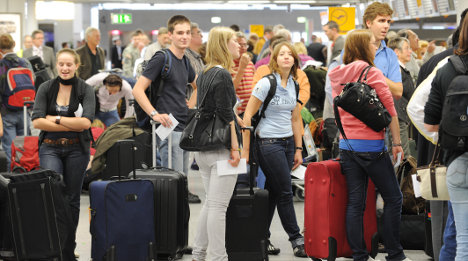 “Terminals and equipment remain uncleaned,” regional head of the union of custodial workers Hannes Rosenbaum said in a statement. “The supply of on-board provisions for the airplanes is also severely delayed, as service firm personnel often take on loading the machines in addition to cleaning.”

“The custodial workers do a hard job every day behind the airport scenes – and this for a low wage,” Rosenbaum said.

The union staged the strike to encourage employers to complete a wage contract.

“We want 8.7 percent higher wages. There should also be additional supplementary benefits for retirement,” Rosenbaum said, adding that what the “wall” between wages in the east and west of the country must also fall.