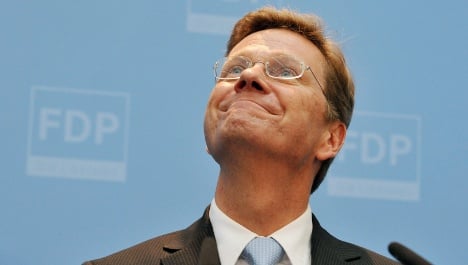 Guido Westerwelle is the undisputed winner of the September 27 election.

His pro-business Free Democratic Party (FDP) attracted its highest share of the vote ever, putting the liberals in good bargaining position during this week’s coalition negotiations with Chancellor Angela Merkel’s conservative Christian Democrats (CDU) and their Bavarian allies.

The haggling about posts and policies is likely to be swift, with Merkel promising to have her new cabinet in place in a couple of weeks. Traditionally, the leader of the junior coalition partner becomes foreign minister and vice chancellor, so Westerwelle is almost certain to become Berlin’s top diplomat.

Since taking over as leader of the FDP eight years ago, Westerwelle has worked hard to get the liberals back in power, but political manoeuvring and a relentless quest for media attention have not left him much time to travel the world.

Of course, this does not mean that he would make a bad foreign minister. Joschka Fischer from the Greens had limited international credentials before he took up that portfolio for former Chancellor Gerhard Schröder’s centre-left coalition in 1998. Fischer turned out to be an effective and principled international operator. And like all foreign ministers before him, he quickly became one of Germany’s most popular politicians.

Westerwelle is not the problem – it’s the tradition of giving the Foreign Ministry to the leader of junior partner of Germany’s ruling coalition. Westerwelle may or may not agree with Merkel on foreign policy. But he has little choice but to use his new job to sharpen his party’s profile. The head of the FDP will likely chart an independent course, especially after 11 years in opposition. However, he could do this much more effectively guiding Germany’s economy rather than its foreign policy.

Though the FDP held the Foreign Ministry from 1969 to 1998 and sees it as its “natural” domain, the foreign policy component of the party’s campaign manifesto was weak. However, it does have strong positions on economic policy: it advocates open markets, less stringent hiring and firing rules, an effective competition policy, help for small enterprises and, most importantly, lower and simpler taxes.

Westerwelle insists that he will not sign a coalition agreement that does not contain major tax reform. However, he also knows that with €1.6 trillion in public debt and a new law mandating a zero deficit by 2016, there is not much fiscal room to manoeuvre.

The temptation to leave this budgetary balancing act to someone else and instead enjoy the international limelight will be strong. But if Westerwelle is serious about tax reform, he should install himself in the Finance Ministry and see it through as best he can.

By helping to tackle some of Germany’s economic weaknesses, Westerwelle might even add more to his country’s international standing and credibility than by being its chief diplomat.

Katinka Barysch is deputy director of the Centre for European Reform, a think tank based in London.