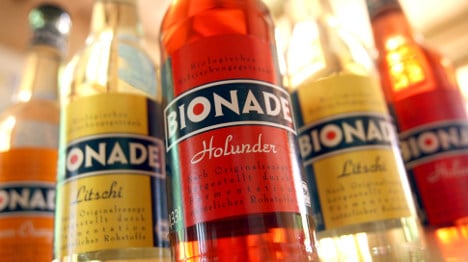 The Radeberger Group, owned by Dr. Oetker, has acquired 51 percent of the Franconia-based organically brewed beverage maker. Created as an attempt to save the family enterprise’s brewery, Bionade has since grown to be the fourth most popular soft drink in Germany.

Announcing the deal in Hamburg on Friday, Bionade chief executive Peter Kowalsky said a major partner was need for the expansion, which would take time and money.

With the previous majority shareholder, Egon Schindel Holding, this had not been possible, he said.

The other 30 percent of those shares remained in the hands of Kowalsky and his brother Stephan. He refused to comment on the sale price. According to a report in Manager-Magazin, the figure was about €20 million.

According to Albert Christmann, spokesman for the Radeberger group, the deal would still need to be approved by the anti-trust agency. However he did not expect this to be a problem.

Bionade had grown one of Germany’s leading soft drinks, said Kowalsky. But with the planned international expansion, it would need to hold its own against giants such as Coca Cola and Carlsberg and therefore needed the bigger partner.

“We simply have certain fears that we’d become a generic product in many markets.”

He did not go into details about the planned expansion, but he said Bionade was successfully testing its products currently in European cities such as Brussels, Vienna, Zurich and Barcelona. Quick success was not expected, he said.

The establishment of a new brand such as Bionade would take at least five years, he said. The choice of Radeberger as new partner was also made with this in mind.