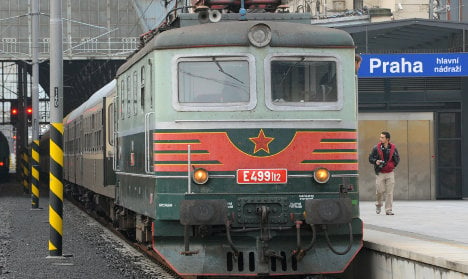 The train set out on the 20th anniversary of a journey that became one of the symbols of the fall of communism in Eastern Europe.

“When I look back, it was good for me. The decision was absolutely right,” said Markus Rindt, pacing the platform of Prague’s main station on Thursday morning.

Former Czechoslovakia was the only country to which East Germans could travel visa-free, and the local West German embassy was the most readily available outpost of the non-communist world behind the Iron Curtain.

Rindt left Dresden in former East Germany together with his girlfriend, who was banned from university because her parents had fled to the West a year earlier.

“We wanted to travel, to discover the world,” he told AFP.

They followed thousands of compatriots who spent days at the embassy in Prague, in its garden and even out on the street with the hope of being allowed to move west despite Czechoslovakia’s hard-line policy of keeping the borders shut.

“We couldn’t get into the embassy, so we waited outside just like thousands of other people,” said Rindt, a 41-year-old musician who now lives in the eastern German state of Brandenburg.

Hans-Dietrich Genscher, then-West German foreign minister, recalled at a party at the German embassy in Prague on Wednesday how “people who had given up everything were in the (embassy) garden and didn’t know how it will end.”

“The embassy was absolutely full, but there was still room for everyone,” said the 82-year-old who had left East Germany himself in 1952.

West German politicians had a hard job persuading the East German government to finally do “an incredible U-turn after 20 days,” said Genscher.

On September 30, 1989, Genscher could finally walk out on to the embassy balcony and tell the refugees they were free to travel to the West. But the rather convoluted syntax of the diplomat was too slow for the East Germans below, who drowned out his now historic sentence with cheers.

“We couldn’t know that this event… will have such an effect and that it will overthrow so many powerful people,” said Genscher.