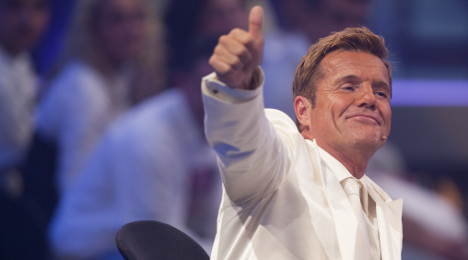 The catty b-list celebrity, whose role on RTL’s Deutschland sucht den Superstar is equivalent to the British and American versions’ Simon Cowell, is a definitive part of the show’s concept, the court said.

Germany’s KSV social artists’ insurance brought the case to court, alleging that the show owed some €173,000 to their social security fund for the first two seasons for Bohlen and the shows’ three other judges. The network had classified the jurors as experts, not artists.

In Germany certain professions, such as farmers and artists, have specific social security programmes.

“Herr Bohlen does not sing, he judges,” RTL’s lawyer Martin Reufels said. “The jurors just evaluate professionally. Artists are the singers and moderators. The jurors have only a secondary role.”

If these judges were considered artists, then the criteria would also apply to sport referees, he added.

“It’s an entertainment show, and the jurors’ more or less witty commentary carries a significant amount of this entertainment,” the KSV’s lawyer argued.

But head judge Ulrich Hambüchen disagreed, saying that without the judges, the “show wouldn’t work.”

Bohlen, famous for his harsh criticism of hopefuls on the show, was once part of the 80s pop band “Modern Talking,” and later went on to write a tell-all autobiography and a self-improvement book called “The Bohlen Way.”