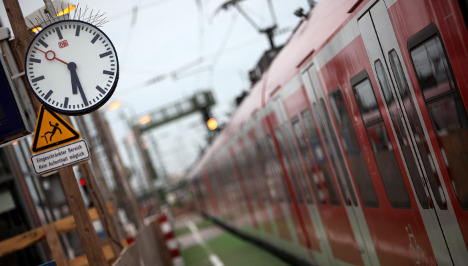 While the company, operated by national rail operator Deutsche Bahn, estimates Berliners can expect full S-Bahn service only in December, it has finally set a date for payments to begin after promising compensation two weeks ago.

Passengers who hold yearly tickets will receive the cost of one month at all S-Bahn or Berlin public transport agency (BVG) offices – but only if they bring along their receipt to prove their tickets run through December.

Customers who have allowed their yearly tickets to run out without renewing them will not be reimbursed, the paper said, adding that the payments are the company’s effort to be fair to passengers but are not legally required.

Ticket subscribers do not need to go to pick up their payment, however. The cost of their December ticket will simply not be deducted from their bank accounts.

Meanwhile the S-Bahn has slightly improved its limited service ahead of schedule, putting a few more trains on the tracks and lengthening lines that had been shortened. The schedule changes weren’t expected until October 2 and mean that one-third of the fleet is now back in service after the maintenance scandal began some three months ago, Berliner Morgenpost reported.

The next service improvement is expected on October 12, the paper said.

Berlin state prosecutors are investigating S-Bahn executives over the mismanagement that led to the chaos. S-Bahn boss Tobias Heinemann and other members of the company’s executive board were accused of consistently ignoring train maintenance schedules and allowing damaged wagons to return to service unrepaired. He and three others were replaced on July 2.