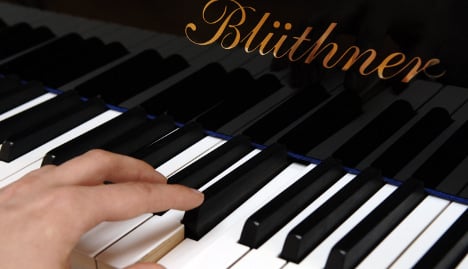 Two famous firms have gone into bankruptcy while others are struggling to stay afloat.

Although domestic sales have remained stable, German firms are at risk because most of their pianos are sold overseas, where orders have fallen by as much as two-thirds.

This has dragged German firms’ sales down by about 35 percent.

Even Germany’s biggest piano maker, the prestigious firm Wilhelm Schimmel Pianofortefabrik, based in Brunswick, has suffered a slump of 40 percent.

This forced the firm, which was founded in Leipzig in 1885 and had sales of €23.8 million in 2008, to declare bankruptcy at the end of July.

Schimmel had primarily served the US market. Two thirds of its sales were lost because of the recession.

Under a deal with its administrator, a small number of Schimmel’s 144 employees face redundancy, and the rest salary cuts.

“In order to lower costs, the hours of work will be extended, but we have signed a workplace guarantee,“ said chief executive Hannes Schimmel-Vogel.

Another firm, the Bavaria-based Seiler, filed for bankruptcy last year, the trade association said. A Korean firm has since taken a share in the company.

The firm Leipziger Pianoforte has had to halt production completely.

All other firms – there are 12 in Germany – should be able to scrape through the crisis, Stein said.

Among them are such luminaries as Grotrian Steinweg in Brunswick, C. Bechstein from Berlin and Steinway in Hamburg.

In Germany, production is relatively modest. About 12,000 pianos leave German workshops each year.

“But the German instruments are of the highest class. They are counted around the world as top quality,” Stein said.