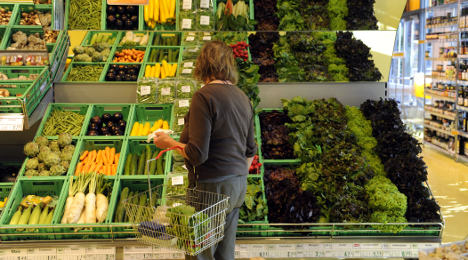 Regional products, or those that required between 10 to 50 kilometres of transport, did not fare as well as environmentally conscious consumers might imagine.

Lettuce imported to Germany from Spain in the winter, for example, had a lower carbon dioxide footprint than the German product grown in a hot house, the paper said.

The study showed factors besides the product origin – such as packaging and the total chain of distribution – play a significant role in their environmental impact.

“The results show that above all, the most important factor in the eco-balance is the consumer himself,” Frankfurter Rundschau reported.

When a consumer drives to the supermarket to buy groceries, it plays a greater role than where the products came from.

More sustainable options are walking and biking – in addition to including a trip to the store in a longer series of errands by car, or using a delivery service that does essentially the same thing.

The study found that the majority of regionally grown produce had benefits over imports – provided they were in season. Instead of buying Spanish-grown lettuce in the winter, the study suggested German residents pick up hardier sorts that can be grown regionally, such as Feldsalat (usually called mâche or corn salad in English), romaine lettuce, spinach, and chicory.

But many Germans will likely find the study’s conclusions on bread distasteful. It found that mass-produced loaves were more energy efficient than those from the corner bakery. However, even study author Reinhardt admitted he can’t give up the fresh-baked rolls so central in the German diet.

“He can bake his favourite bread himself, buy eco-bread at the bakery by foot or bicycle, and standard bread rolls and loaves at the supermarket when he’s already there anyway,” the study said.

Researchers also stressed that producers should use more environmentally friendly packaging and improve information on seasonal products for consumers. Local milk, for instance, was found to be a good choice only if it was delivered in polyethylene tube packs.

Meanwhile results for beef were so complex that the IFEU did not reach a conclusion.

Despite the surprising findings in the study, the IFEU maintained that regional agriculture is important to stem the rural exodus, support small businesses and provide jobs.

“But the main argument can’t be climate protection,” the paper wrote.