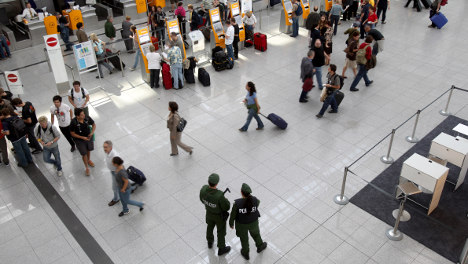 The chef Frank E. had been in Munich to visit a nightclub on Monday for business. On his way back to the airport in a taxi, he realised he only had €60 in cash, which did not cover the €64.20 fare the driver demanded.

“He took both my mobile phones, all of my identification and my keys,” he told the paper. “Then I had to strip down naked. He also took my underwear and glasses!”

At 2 am Frank E. approached a cleaning crew in Terminal 2 at the airport with only a newspaper to cover himself.

“They made a kind of skirt for me out of a trash bag,” he told the paper.

Police at the airport later gave him jogging pants and a t-shirt for his flight home.

The taxi driver has not yet been found, but the authorities are investigating the incident as theft.