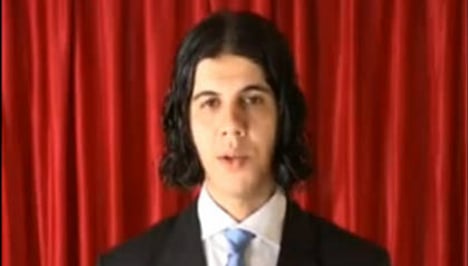 “Al-Qaida recently released a video specifically warning Germany of attacks,” a State Department advisory said. “German authorities are taking the threat seriously and have taken measures to enhance the level of security throughout the country.”

On September 18, a video purporting to be from al-Qaida emerged, threatening attacks against Europe’s most populous country if voters do not elect an new government in September 27 polls.

Footage showed a man identified as Abu Talha the German, warning in German that if Angela Merkel is re-elected as chancellor, “bitter times await the Germans,” according to two intelligence monitoring services.

“The Department of State urges US citizens to… maintain a heightened situational awareness and a low profile,” the State Department said. “Americans are advised to monitor news reports and consider the level of security present when visiting public places or choosing hotels, restaurants, and entertainment and recreation venues.”

The warnings follow a similar notice posted by the US embassy in Berlin last week.

Meanwhile German daily Bild cited government security sources, saying there was a potential threat to airplanes in Germany by terrorists. According to the paper there are new threats of attacks with surface-to-air missiles – particularly in Frankfurt.

Head of the Federal Criminal Police Office Jörg Ziercke said that while his organisation was taking the threats seriously, he saw no reason to increase security measures, adding that one should be vigilant, but not let the situation make one “crazy.”