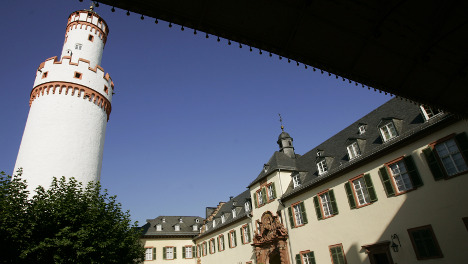 “A whiff of champagne and tradition in the air”: so runs the slogan of the wealthy and chic spa town of Bad Homburg, just north of Germany’s financial capital, Frankfurt.

As Germany prepares to go to the polls, towns like Bad Homburg, a former summer residence of Kaiser Wilhelm II and home to the super-rich Quandt family that controls BMW, would likely be an assumed bastion of conservatism.

And this would be right, nationally at least, with over half of the town expected to vote for Chancellor Angela Merkel’s conservative Christian Democrats (CDU) and 15 percent for the pro-business Free Democrats (FDP) on Sunday.

But for the first time in its history, the town has also just elected a mayor from the ecologist Green party, further evidence of the party’s metamorphosis from revolutionary to mainstream.

The new mayor, Michael Korwisi, described his election as “hard to imagine.”

The town has “a conservative foundation,” the 57-year-old official told AFP.

Bad Homburg is the latest in a series of towns that tend to elect conservative candidates in national elections but environmentalists locally.

The pattern has repeated itself in Bavaria in the south as well as neighbouring Baden-Württemberg and Hesse, the three wealthiest states.

“In local politics, which do not have an impact on taxes, the wealthy vote Green, probably to prove to themselves how open and tolerant they are,” weekly paper Die Zeit said in an editorial. “Voting for a Green mayor is a bit like having a Toyota hybrid as your third car,” it added.

Korwisi said that a high standard of living allowed voters to be more sensitive to socio-cultural and environmental issues while those less well-off had to focus on “daily survival.”

At the national level, the Greens, expected to attain roughly 10-12 percent of the vote in the September 27 election, have ruled out an alliance with the FDP but have toned down their attacks against the CDU.

Indeed, the CDU and the Greens govern together in the northern port city of Hamburg and in Frankfurt.

Moreover, this year, the Greens became the dominant party for the first time in the municipal council of Stuttgart, in southwestern Germany, home to luxury automakers Mercedes-Benz and Porsche.

Cooperation at the local or regional level between the CDU and Greens has also existed in one form or another for the past 10 years.

The Greens “have aged” and “no longer scare” conservative voters, according to professor Dieter Oberndoerfer, a political scientist at the University of Freiburg.

In southern Germany, the focus of traditional Catholic associations on environmental topics has helped the Greens as well, he told AFP.

“We have made progress on the local level in the past few years, but since Joschka Fischer retired we have not had the same impact at the federal level,” said Horst Frank, a Green mayor of Konstanz, near the Swiss border.

He was recently appointed head of a business advisory group and acts as a consultant to the Nabucco gas pipeline consortium and to BMW on building greener cars.

“We have to prove that we can run the country … that we can propose solutions for everyone,” Frank said.

Greens are rarely present in the less wealthy former communist states in eastern Germany, for example.

“We need to convince people that sustainable energy can create jobs,” Frank said. “Otherwise we will remain just a small party.”