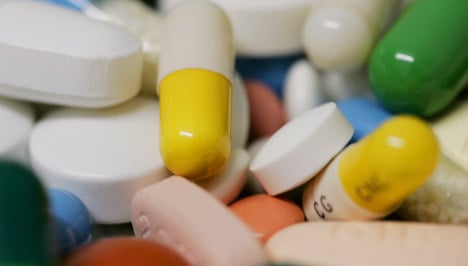 Germans pay considerably more for many of their medicines compared to patients in other industrial nations due to a lack of effective price controls, according to a study released last week.

And the co-author of the report, Professor Ulrich Schwabe from the University of Heidelberg’s pharmacology institute, told The Local on Wednesday he feared there might never be a mechanism to regulate the cost of new drugs in Germany – a situation unique in Europe.

“Prices in Germany are higher than in other countries in both the innovative and generic markets,” said Schwabe.

He cited the example of vaccines offering protection against the human papilloma virus (HPV), which is a major cause of cervical cancer. The medication, Sanofi Pasteur MSD’s Gardasil and GlaxoSmithKline’s Cervarix, costs €477 in Germany, compared with just €247 in the United States and €314 in Switzerland.

The Swiss price was only reached after the government there slashed the companies’ initial price suggestion of more than €500, he said.

The problem in Germany is that a number of mechanisms which can be used by the authorities and statutory insurance companies to reduce drug prices do not apply when a novel drug is brought onto the market.

There have been two attempts to cut the exorbitant costs of drugs in recent years, but on both occasions they were scuppered by the efforts of pharmaceutical firms.

The idea was to introduce a ‘positive list’ of medicines that have been proven to work and would be a cost-effective option for the country’s statutory health insurers. But Schwabe, who was the head of a committee asked by the German Health Ministry in 2003 to look into the matter, said it was defeated by intensive lobbying from the pharmaceutical industry.

“We had meetings for three years,” he told The Local. “The list was brought into the first draft of a bill to be introduced to parliament.”

But Schwabe said Health Minister Ulla Schmidt was told by the then-opposition conservative Christian Democrats (CDU) that they would block the initiative in the upper house of parliament, the Bundesrat. It was summarily dropped.

“That was clearly lobby work by the pharma industry,” he said, adding the idea of a ‘positive list’ had been previously raised and dashed in the 1990s under a CDU-led government.

“Now I think no government will try to do this again,” he said.

And Schimdt does indeed appear resigned to doing nothing more than admonish the drug companies for bilking Germans too much. “The irresponsible pricing policies of some producers at the expense of the insured has to end,” she told daily newspaper Süddeutsche Zeitung last week.

But Ulrich Voderwülbecke from the German Association of Research-Based Pharmaceutical Companies – which represents the interests of the industry – told The Local there were a number of factors that had to be taken into consideration when looking at the price of a drug.

This includes the manufacturer’s price, the payment made to wholesalers, and the amount paid to pharmacists, plus in Germany a value added tax (VAT) of 19 percent. Drug market expert Voderwülbecke said these contributed to the price paid by patients and the wide variation in cost in different countries.

The VAT charged on medicines is a sore point, with most players in the system wanting to see Germany follow the example of many other EU countries by reducing or removing it entirely.

Even so, Voderwülbecke said the freedom for producers to set prices in Germany was heavily limited by government policies implemented by state health insurers, as well as being limited by competition.

“The producers price their drugs within a range which is already set by the market and national regulations, so that they fit into the different markets,” he said. “A drug is priced so that it fits within the range of competitor drugs already on that market.”

Florian Lenz, spokesman for the GKV-Spitzenverband association representing the state health insurers that cover the vast majority of Germans, said 75 percent of prescriptions were for drugs included in price-limiting arrangements (Festbeträge) whereby drugs are only paid for by statutory insurers if they fall within the range of other similar drugs on the market.

But this 75 percent of drugs prescribed only accounts for 45 percent of overall costs he said – showing how the price of medicine soars as soon as they are freed from such restrictions.

Lenz also mentioned the idea of a ‘positive list’ and said that Health Minister Schmidt could not muster a parliamentary majority to pass the relevant legislation, at least partly due to lobby work by the pharma industry.

Creating a market for re-importers

The wide price differences between countries within the European Union has resulted in a re-import industry, where suppliers buy drugs at low prices in countries such as Portugal and Greece, and sell them in places like Germany and Sweden, where prices are higher. The patient gets drugs at a reduced price even after the re-importers have made their profit.

This industry is highly regulated, and those involved are licensed to do so. But it is despised by the pharmaceutical industry, as it eats into their profits.

Thilo Bauroth, chairman of the VAD association representing German re-importers, told The Local: “We deal with around €2 billion a year in Germany, and of course it could be more. I do not see a danger to our industry from any European-wide price harmonisation.”

Presently, it seems only a concerted political effort supported by the public could ever hope to force down drug prices in Germany. But it remains doubtful whether this public pressure will ever materialise, since most Germans covered by state health insurance often aren’t billed for specific medicines.

And Lenz from the state insurers’ association said Germans appeared content to buy over-the-counter drugs such as common painkillers from pharmacists at prices far above what they could from mail-order operations importing the same medication from neighbouring countries.

“There has been no fixed pricing for these things for several years, but you can walk down the street and see the pharmacists all with nearly the same high prices,” he said. “Perhaps it is a cultural question.”