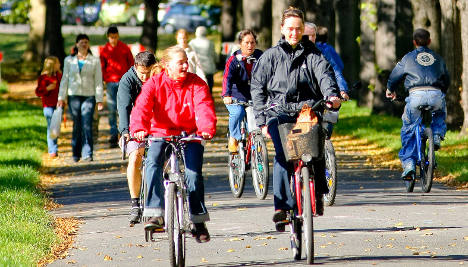 German residents can expect temperatures of more than 20 degrees Celsius in the coming days.

On Wednesday, central and southern Germany will be dry, but the northern coast may see some cloud cover and passing showers later in the day. Temperatures in the south will top off between 21 and 24 degrees Celsius, while the north will range between a slightly cooler 17 and 21 degrees.

Overnight rain is possible as temperatures cool to between seven and 12 degrees.

Thursday will dawn cloudier, but remain mostly dry with temperatures between 17 degrees Celsius on the coast and 20 degrees in the south.

A sunny Friday will preface the coming weekend with temperatures between 16 and 20 degrees Celsius. Just a few clouds and raindrops are expectedx in the northeast and the Alps.