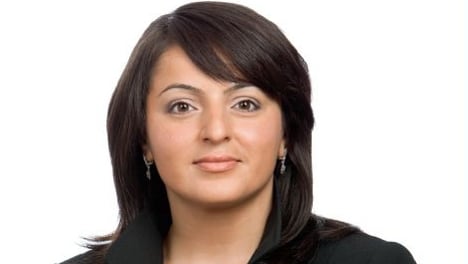 Born to Turkish parents in Duisburg, Sevim Dağdelen has been a parliamentarian for the socialist party Die Linke (The Left) since 2005. The 34-year-old was previously a member of the party’s North Rhine-Westphalian leadership council and also served on the federal youth commission. Currently a law student at the University of Cologne, Dağdelen has worked as a journalist and translator for both German and Turkish publications. She is campaigning for a Bundestag seat in Bochum.

Why did you get into politics?

Originally I began doing anti-racism, anti-fascism work after the Solingen arson attack in 1993. This event inspired me to become politically active in my city. Since 1991 I’ve also been a member of public workers’ union Verdi, and I was a member of the federal youth commission. In 2005 there was an offer to become a candidate on The Left’s open list – they have the tradition of taking on new people, and so I got in. I campaigned and began with parliamentary policy – from the street to the parliament.

Why did you choose The Left?

The Left is the only party in the Bundestag that is against the deployment of the Bundeswehr abroad and has a real policy focus on social security and equality. The Left stands for a new beginning where the needs of the majority, and not a select few, are central.

Your parents are Turkish, but you were born in Germany. When did you become a citizen?

I had to apply for a passport in 2000, I was already 25. I was born and raised here and resisted having to apply because I felt it was intolerable unequal treatment. People who are born and grow up here have to apply while those who just happen to be born to German parents don’t – and I find that unjust.

Is dual citizenship an issue in this campaign?

It’s one of the topics in our campaign programme, but improving the social situation and gaining equal rights for immigrants takes priority. We want a proper equality. Forty percent of young immigrants don’t get traineeship positions, 23 percent leave school without graduating, 70 to 80 percent of young people of Turkish origin have no qualifications whatsoever – whatsoever. The majority are working at the lowest levels and aren’t earning enough to get by because of their employment records. We want to improve their situation, and not many care about gaining citizenship. They just want a secure, well-paying job and a future for their child. These are the wishes and rights of all people whether they have immigration background or not.

I don’t think I have any typically German or Turkish qualities. I certainly feel at ease in Germany and want to stay here. When one grows up in a society it makes an impression, but I don’t believe that that one’s character is dependent on cultural things. It’s formed by the social structure.

Why are there so few German parliamentarians with immigrant roots?

I’m sure there are more than we recognise. Many have Italian or other backgrounds, but most aren’t noticed – it’s mostly the Turkish ones who are visible. There are fewer of us in leadership or public positions than native Germans, and part of that is because of the long-running, wrong policy that doesn’t accept that it’s a country of immigration. Today the Christian Democrats (CDU) call it an ‘integration country,’ because they want to soften it. On the German side, this old policy means immigrants are not a part of society and will someday go home. On the side of the immigrants, there are feelings of alienation and then they don’t see a reason to participate.

But I wouldn’t limit immigrant participation in politics to parliament. Many migrants are involved in cultural, local, youth and immigrant organisations. This is also politics, even if it’s not party related.

What are the biggest challenges for a politician such as yourself?

There are no challenges I wouldn’t have without immigration background. My origins don’t define my political beliefs. Instead it’s because I’m a convinced socialist and want to fight for all people to have a good life in Germany, not just for the rich or the banks. Here it doesn’t matter if I have immigration background or not. The greatest challenge right now is ensuring that the burden of the financial crisis isn’t carried by the general population. That’s the most important campaign issue for me.