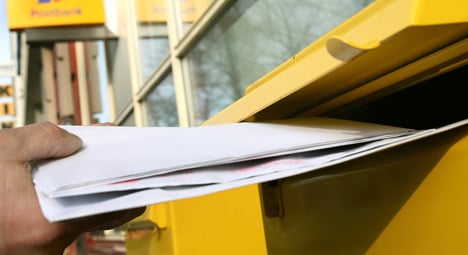 The two-page letters, formulated as “proclamations,” were sent to politicians’ home addresses and were meant to inform them of the “details of their trip home,” the paper reported.

The right-wing extremist NPD confirmed it sent the letters over the weekend, and while there was no return address, the party’s Berlin leader Jörg Hähnel is thought to be responsible for them. Berlin public prosecutor’s office has opened an investigation into the letters for incitement of hatred.

According to Hähnel, more letters will soon arrive at the homes of other politicians with immigrant heritage. They are meant to sound official, informing recipients of how “foreigners will be returned to their homelands” based on a “five-point plan” that they should immediately undertake.

Green party politician Özcan Mutlu, who is of Turkish background, received one of the letters and told the paper that they were “cheap campaign rubbish,” of a kind he’s received from the NPD many times in the past.

“They still don’t understand that this country is our country too,” he said.

The NPD’s Hähnel, whose internal nickname is reportedly Hähnchen, or “chicken,” has had trouble with the law before in 2007 and 2008, when he was fined for anti-immigration comments and saying he approved of the murder of communists Rosa Luxemburg and Karl Liebknecht in 1919.