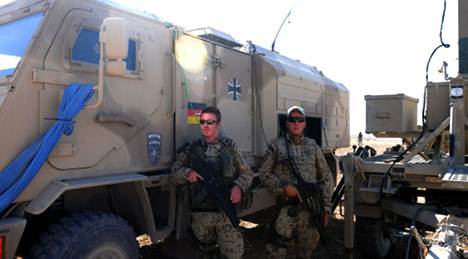 German forces taking part in the NATO mission in Afghanistan “cannot achieve” the “immediate and extensive improvement of the situation,” with the current force of 4,200 soldiers, said General Jörg Vollmer in a report seen by the newsmagazine.

Vollmer said German troops would need “at least” one more company of infantry to secure the region around Kundus in northern Afghanistan where German forces are concentrated. He also said his soldiers’ required more helicopters to be effective.

In an interview with Focus also published Saturday, Steinmeier said he hoped for “sustainable troop reduction” in the next legislative period after September 27 elections though he declined to give a date as to when a drawdown could begin.

Steinmeier ruled out a complete withdrawal of German troops from Afghanistan until at least 2013.

The German mission in Afghanistan is unpopular with German voters though it has widespread political support from four of the country’s five main political parties.

On Friday, the terrorist group Al-Qaida released a video online threatening Germany with terror attacks if its troops in Afghanistan were not removed.