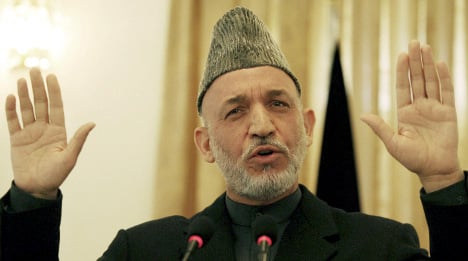 “The announced results are provisional and can only be provisional because of the serious fraud accusations,” Steinmeier said while on a visit to Munich late on Wednesday.

But the UN-backed Electoral Complaints Commission (ECC) has ordered a recount at 2,500 polling stations, which will probably take weeks and Karzai has accused the European Union of meddling by highlighting fraud.

Steinmeier said “these accusations must be examined with care. That is the work of the electoral commission. I want them to be able to do their work in peace.”

Germany has 3,700 troops fighting in the international force against the Taliban in Afghanistan.

However, Steinmeier, who is the Social Democrat rival to conservative Chancellor Angela Merkel in Germany’s September 27 election, said in a newspaper interview published Sunday that he has a four year plan for their withdrawal.

Meanwhile, eight German soldiers were wounded Wednesday in two skirmishes with Islamist militants in northern Afghanistan near Kunduz, the German defence ministry said. One of them was seriously hurt.

The soldiers called in air support during the second firefight.