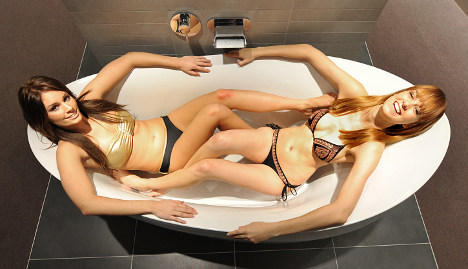 The women were speaking using webcams after having met each other on an internet forum.

But during the course of what Aachen police spokesman Paul Kemen described as a “bibulous exchange of sweet nothings,” the woman’s chat partner in Memmingen, Bavaria seemed to submerge herself in her bathtub. After that she disappeared out of sight and gave no more signs of life.

Fearing for her safety, the young woman in Aachen then sought help from the local police, who contacted their colleagues in Bavaria. Fortunately she was no worse for wear in the dry tub.

“The drunken pearl of love had fallen asleep in the empty bathtub and was fine considering the circumstances,” the police said.