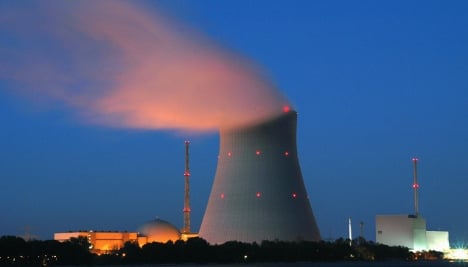 With less than two weeks before Germans head to the polls, the paper reported that Schavan, a member of Chancellor Angela Merkel’s conservative Christian Democrats (CDU), has been concealing the controversial study, in which almost 100 scientists recommend building new nuclear reactors.

The study, titled “Concept for an Integrated Energy Research Programme for Germany,” was commissioned by Schavan herself, but the findings delivered in July are not planned for publication until October – after the election.

The CDU and its preferred coalition partner, the pro-business Free Democrats, are in favour of extending the use of nuclear energy past the government cut-off date of 2020. But both parties have shied away from the unpopular issue during their election campaign.

In a debate against her Social Democratic opponent for the chancellorship, Frank-Walter Steinmeier, Merkel called atomic energy a “bridge technology” to the planned phase-out.

But scientists who took part in the study called for more than just an extension of current nuclear reactor use, the paper reported. They call for the implementation of new technology already used in the US, UK and France, which has increased security and efficiency.

“Depending on political and social conditions, Germany could engage in the further development and construction of new nuclear power plants to cover a considerable portion of energy needs with nuclear energy,” the document attained by Financial Times Deutschland said. While noting indisputable risks that come with nuclear energy, the scientists call it a cost-effective way to power the country without carbon dioxide emissions.

The study also recommended that Germany seek out a new location to replace the controversial Gorleben nuclear waste depot, which has been in the news frequently in recent weeks amid allegations about the former salt mine’s safety shortcomings and illegal development.

Scientists write that studies from France, Belgium and Switzerland already show that argillaceous rock formations are suitable. But Schavan has already spoken out against finding a new storage facility.

“Schavan’s reluctance is easy to explain,” the paper concluded. “Most of these formations are in Baden-Württemberg, the political home of the minister.”

Nuclear energy is deeply unpopular in Germany and activists often stage protests at Gorleben, which is in the German state of Lower Saxony. The government has approved plans to get rid of its reactors by 2020. But high energy costs and greenhouse gas concerns have the CDU and FDP second-guessing the plans.