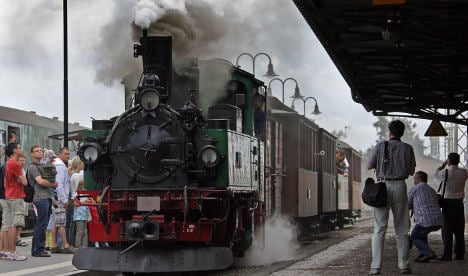 Police began an investigation into the cause of the collision as work began Sunday to pull the wreckage of the historical Lößnitzgrundbahn trains off the tracks.

Around 250 people were riding on both trains on the single-track route to celebrate the 125th anniversary of the line between Moritzburg and Radebeul.

Although the cause of the crash is not yet known, police said more trains were in operation than normal during festival to mark the anniversary.

The 52 injured included seven children under the age of ten, police said. Organisers cancelled the remainder of the festival after the crash.