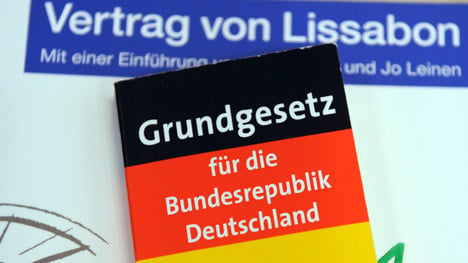 In a controversial ruling in June, Germany’s top court said that the treaty – aimed at streamlining decision-making in the 27-nation European Union – must be put on ice until legislation safeguarding national parliamentary powers was passed.

After months of political wrangling and debate, Germany’s main parties clinched agreement last month on alterations to the law to satisfy the court’s concerns and to ensure the EU “does not exceed the powers given to it.”

The Bundestag lower house passed the bill by an overwhelming majority on Tuesday.

The new legislation will be considered by the Bundesrat upper house on September 18, nine days before the country goes to the polls in a general election, and then must be signed into law by President Horst Köhler.

The German parliament’s action means that all eyes are now on Ireland, which holds a second referendum on the Lisbon Treaty on October 2, having thrown the EU into chaos last year by rejecting the reforms in a popular vote. All EU member states must ratify the treaty before it can come into force and while support for the reforms remains strong in Ireland, it has slipped

The leaders of Poland and the Czech Republic have said they will not sign the treaty into law until Ireland has voted in favour.

In Germany, the Constitutional Court’s decision to block the treaty came as a surprise to many observers and unleashed a rare debate on European affairs in a traditionally pro-European country, one of the EU’s founding members. In its landmark ruling, the court said the treaty was compatible with Germany’s constitution but said there was a “structural democratic deficit” in the EU and that Germany should not sign up to a “federal European state.”

Chancellor Angela Merkel, who campaigned vigorously for the treaty, found herself up against members of her own Bavarian sister party, the CSU, who cheered the court decision as a “block against the unlimited and uncontrolled transfer of power to Brussels.”

On the other hand, passionate pro-European Joschka Fischer, a former foreign minister, slammed the court’s ruling as “eurosceptic” and an “absurd caricature.”

An expert from the German Council on Foreign Relations, Jan Techau, said the CSU’s position on Europe was electioneering ahead of the September 27 poll. “It’s not a eurosceptic party” even if there are some eurosceptics within its ranks, he told AFP.

There are no genuinely eurosceptic parties in Germany, aside from the far-left radical party The Left, he added. Nevertheless, “it is true that Germany has become a little less

enthusiastic than before” about Europe, he said.

The latest “Eurobarometer” survey, published by the European Commission in July, showed that support for the EU was still high in Germany, at 60 percent, but that it had dropped by four points since the previous survey.

Only in two countries – Poland and Bulgaria – did support for the EU drop at a faster rate. The Lisbon Treaty is designed to replace the current Nice Treaty, drawn up when the bloc was around half its current size.

If it comes into force, the EU would do away with the present unwieldy system of the rotating presidency in favour of selecting a leader for a limited term. A powerful foreign policy supremo would also be appointed.