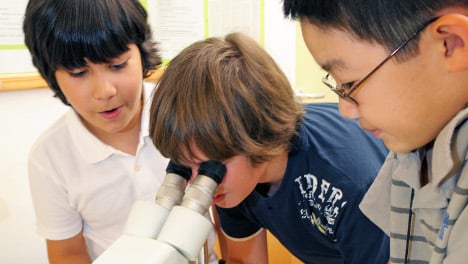 While leaders Iceland, the United States, Korea and Denmark all put more than seven percent of their respective gross domestic products towardsr young minds, Germany managed to invest just 4.68 percent of its GDP in education in 2006. The number is slightly down from previous measurements, while other countries showed increases.

Only Ireland, Spain, Slovakia and Turkey spent less on scholarly pursuits. The average among the 28 countries’ contributions to both private and public education included in the study was 5.7 percent of GDP.

The number of German students who go to college and graduate is also significantly lower than the OECD average. In 2007, some 23 percent of Germans between the ages of 25 and 34 had university or other tertiary qualifications, compared to the OECD average of 39 percent.

“If the federal republic wants to emerge strengthened from the economic crisis, then now the time has come to invest in education and higher qualifications,” OECD education director Barbara Ischinger said, adding that it is the best protection from unemployment.

Many more academics will also be needed to teach future professionals, Ischinger said.

According to Education Minister Annette Schavan, the study results point to a “dynamic” that is already being addressed by the system. At an “education summit” in October 2008, the federal and state governments agreed on a goal to increase education spending to 10 percent of GDP by 2015. Experts believe this will cost some €25 billion.