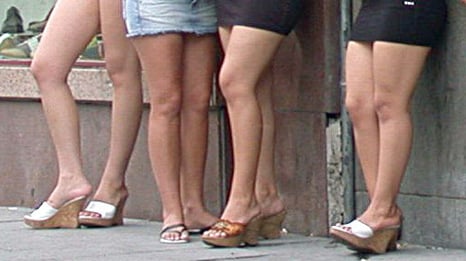 “Our territory must be completely taboo for the red light scene,” Vierlinden mayor Dirk Illgenstein told daily Märkische Allgemeine Zeitung, adding that he feared for the reputation of the city near the Polish-German border.

Scantily clad Eastern European prostitutes have made a habit of gathering along the B1 motorway between Seelow and Müncheberg and near Beeskow on the B87 motorway. The trend is “nothing new,” the paper reported.

“They tend to go where they can make the most money, where a lot of cars go by,” said Uta Ludwig, head of women’s outreach clinic Belladonna, whose organisation tends to many prostitutes in the area.

Ludwig said there had only been complaints of rubbish left behind in the wooded areas off the motorways by the sex workers, adding that police have to tolerate the situation because prostitution has been legal in Germany since 2002.

But Mayor Illgenstein and other community leaders want to use “all available measures” to rid their region of the streetwalkers. Ideas include photographing johns’ licence plates and posting them online, and employing the use of penetratingly smelly butyric acid – which reeks of vomit and body odor and is often used to ward off unwanted wildlife.

Police have also taken the unusual step of issuing the women citations for endangering traffic, something Belladonna’s Ludwig told the paper was “pure harassment.”

“This is completely macabre and discriminatory, and reminds me of mediaeval witch hunts,” Ludwig said, adding that the women can earn far more cash in Germany than their hometowns. “Running the women off doesn’t help, they’ll just turn up somewhere else.”

According to the paper, “thanks to German johns,” some 1,500 prostitutes who come mainly from Ukraine, Bulgaria and Romania, work in the German-Polish borderland.

While Ludwig alleges that the actions against prostitution have served only to calm offended residents, a spokesperson for the police precinct said she hoped further measures would make the women “disappear.”