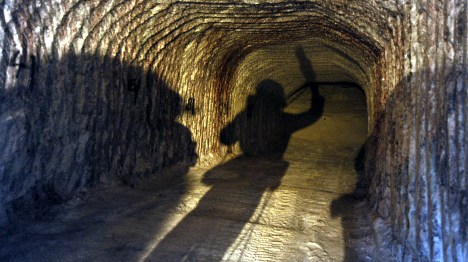 “It’s good when the chancellor takes an interest in Asse,” Gabriel told daily Hannoversche Allgemeine Zeitung. “But then she and her Christian Democratic colleagues in the federal government and her own Chancellery shouldn’t continue to come up with new ideas on how to hinder the complete surrender of files and comprehensive witness reports.”

His comments come after he and Merkel made a joint announcement on September 3 to quickly clean up the ramshackle site in Lower Saxony.

Merkel told news agency DPA then that Asse, located near the town of Wolfenbüttel, would be “properly renovated” so that the nation could forget their worries over the site. “We have taken the bull by the horns,” she said.

There are currently some 126,000 barrels of radioactive waste – including some 28 kilogrammes of plutonium – stored in the former salt mine.

The waste depot was taken over by the Federal Office for Radiation Protection (BfS) from the allegedly careless former proprietor Helmholtz Zentrum in January. BfS investigation has since revealed disturbing safety breaches at the site.

Radioactive waste was stored at the former salt mine between 1967 and 1978. In recent years water has threatened to leak into the facility. Meanwhile over the weekend it was revealed that there was three times as much plutonium stored there than previously thought.

Environment Minister Gabriel said that while there was “no acute danger” to the public from the radioactive material, there was, however, a “long-term danger.” He put forward three options for securing the site – moving its contents to a safer storage facility, re-securing it within the current facility, or filling the mine with cement.