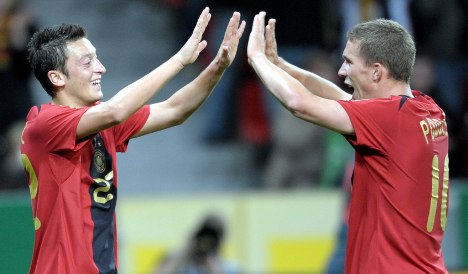 After Bayern Munich striker Mario Gomez put his side ahead in the first-half, Werder Bremen winger Mesut Özil capped a fine performance with the second-half goal which killed off the South Africans’ challenge.

He had been the inspirational figure behind Germany’s Under-21 side’s captivating victory at the European Championships in late June.

Germany had struggled to a 2-0 win against Azerbaijan last month in Baku which left Löw far from happy with his side’s performance, but he was pleased with what he saw in Leverkusen at the weekend.

“We created many good chances and were much more fluid in our football than last time,” said Löw, who picked up his 29th win since succeeding Jürgen Klinsmann as national coach in August 2006.

“We gave some young players a chance, in particular Mesut brought a lot of creativity to our game.

“He has an eye for finding players in a better position and has lots of potential.”

With South Africa set to host the 2010 World Cup, their Brazilian coach Joel Santana said his players had benefited from the experience against their opponents ranked fourth in the world.

“It was a very good match for us,” he said. “The South African team were against one of the strongest who are ranked in the top four,” he added.

“The game gave us exactly what we wanted: international experience. We gave a good account of ourselves and I am happy with the performance.”

With Germany facing minnows Azerbaijan again in Hannover in a World Cup qualifier on Wednesday, Löw got the dominance he had demanded ahead of the game, with his team rarely troubled by the South Africans.

Gomez, playing as a lone striker, scored his 11th international goal midway through the first-half before 20-year-old Özil showed great composure to score his first goal for his country.

“I wanted to really go for it with full gas today and do everything I could to succeed,” said Özil, while 24-year-old reserve goalkeeper Rene Adler also impressed.

“I am content with my performance, but we played very well as a team and earned our win,” he said.

Löw introduced a different attacking system with Özil and 20-year-old Marko Marin on the flanks as Gomez acted as the single centre-forward.

“The coach wanted to change some things and we used an alternative system, which worked very well,” said team captain Michael Ballack.

“Mesut Özil played outstandingly well, but we worked hard in defence as well and were compact at the back.

“We showed composure and it was a good performance.”

Germany’s next generation of players now have all eyes trained on next month’s crucial World Cup qualification match against Russia in Moscow on October 10, which will decide the winners of Group Four. 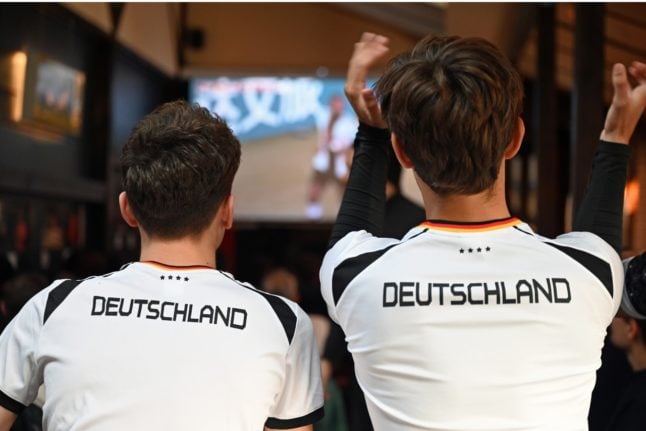