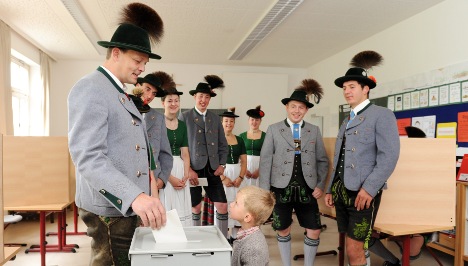 The report showed that the number of Germans who think they are “being lied to” during political campaigns has increased by 25 percent since 2002.

The study by British and American Tobacco’s Foundation for Future Studies also found that 73 percent of Germans named this growing mistrust as the reason behind their election fatigue and disapproval of the country’s parties and candidates.

Among the 2,000 poll participants, some 61 percent said politicians no longer fulfilled a “moral example any longer,” an increase of almost 20 percent from 2002.

Young voters under the age of 24 were particularly disillusioned. Half told the foundation they don’t vote because no party fits their beliefs. This number was also up by almost 20 percent.

Meanwhile 52 percent said it was irrelevant whether they voted because their ballot had “no influence,” the study, conducted February 13 -27 found.

“One shouldn’t wonder about the growing voting abstinence of the younger generation if campaign pledges are equated with breaking promises,” said head of the Foundation for Future Studies, Horst W. Opaschowski.

He added that many young voters no longer had a political home. “Therefore they either stay away from the election or lean towards voting without direction,” he said.