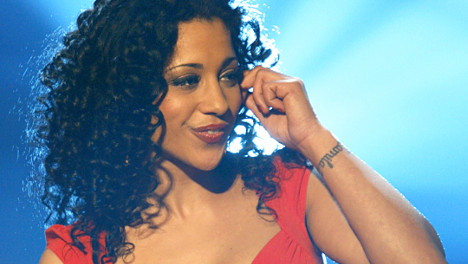 The 27-year-old girl band star was arrested at a Frankfurt night club before a show and held for ten days in April. She faces charges of grievous bodily harm if prosecutors prove that one of her lovers between 2004 and 2006 unwittingly contracted HIV while sleeping with the singer in their ongoing investigation.

Prosecutors had originally wanted to keep Benaissa in jail, arguing she posed a threat to the public because because she had allegedly had unprotected sex with several men without telling them she was HIV positive.

While the media salaciously spread the news, they simultaneously pilloried police and prosecutors, pointing out that Benaissa’s high-profile arrest negated the police argument since the entire country was aware she had the virus that can lead to AIDS.

“What happened wasn’t right,” she told news agency DDP of her treatment by police and the media. “Such a forced outing is something that shouldn’t happen. There were many forms of attack and discrimination – almost a bit mediaeval.”

But now she and the three other No Angels performers are releasing their new album “Welcome to the Dance” next week, Benaissa said she is doing “much better” lately.

“The whole thing really consumed and upset me,” she said. “I am happy that work goes on, that things are improving, and hope they clear up soon.”