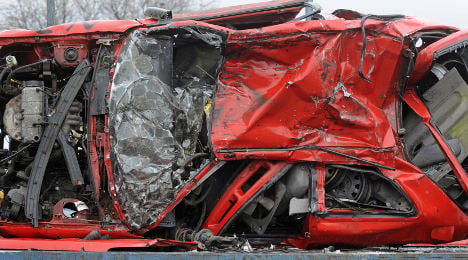 At 10:20 am, the Federal Office of Economics and Export Control (Bafa) reported that it had ceased to accept applications, adding that the premium had been “markedly positive.”

In recent days, Bafa has reported a flood of new applications from Germans hoping to capitalise on the government premium at the last minute.

The programme, which began on February 20, was part of Germany’s second stimulus plan and gives €2,500 ($3,500) to those who junk a car that is at least nine years old for a new one. It was designed to encourage used-car buyers to add their old ones to the scrap heap for new, cleaner-burning autos. The government allocated €5 billion for the programme, enough to fund two million new cars.

It has been extremely popular and the German cabinet already extended the car-scrapping bonus once in April, earmarking a further €3.5 billion for the programme and extending its expiration date from May until the end of the year.

Berlin has rejected calls from the auto industry to extend the programme. But Bafa recommended Wednesday that the government set aside yet more money in case disputed applications are resolved.

The measure has boosted car sales significantly, but experts fear that the increased turnover could implode in the coming year. Some have even estimated up to one million fewer cars will be sold in 2010.

Reports of fraud have also marred the programme’s success. The BDK criminal investigative alliance recently reported that up to 50,000 cars have been illegally sold to places like Africa and Eastern Europe instead of being scrapped as agreed.