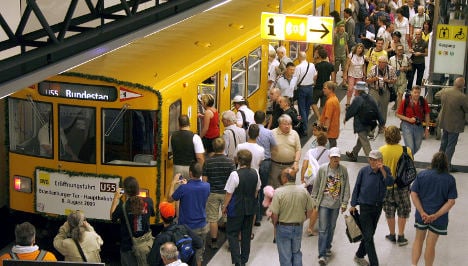 Fines should be increased from €40 to €60, the BDV spokesperson Karola Lambeck told Bielefeld-based daily Westfalen-Blatt on Monday. The current punishment is no longer enough to discourage a growing number of fare dodgers, known as Schwarzfahrer in German.

A difficult economy means the number of people who abuse Germany’s widespread honour system on public transportation across the country has risen to about three percent of passengers, she said. More Germans trying to save their pocket change translates to an estimated €250 million in lost revenue, the paper reported.

Passengers on trams, underground metros and buses across Germany often do not have their tickets officially checked before boarding. Plain clothes officials from the transportation authorities randomly board vehicles to check passengers for tickets.