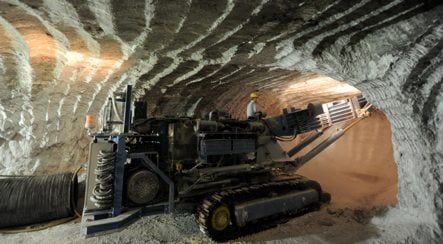 The waste depot, near the town of Wolfenbüttel in Lower Saxony, was taken over by the Federal Office for Radiation Protection (BfS) from the allegedly careless former proprietor Helmholtz Zentrum in January. The BfS is currently carrying out an investigation on the site and has begun medical tests on former workers.

A new investigation has revealed that 28 kilogrammes of radioactive plutonium are stored in the underground shaft depot, three times as much as the environment ministry of Lower Saxony previously understood to be there.

Environment Minister Sigmar Gabriel of the Social Democratic Party said, “It is unbelievable that you can get the quantity estimate for such a dangerous substance wrong.” Gabriel used the misinformation to respond to criticism from local Christian Democrat politicians, who had accused him of “creating unnecessary panic”. “They should understand that this is no joke. The data shows once again how wrong the records of the previous managers were.”

Local politicians have joined BfS president Wolfram König in condemning the gaps in the Helmholtz Zentrum’s records, which the parliament of Lower Saxony had demanded for the investigation.

A recent survey suggests that more than half of Germans are in favour of phasing out nuclear power in Germany, while 38 percent believe that nuclear power should be used for longer than planned. The government is currently planning to shut down all nuclear power stations by 2021.