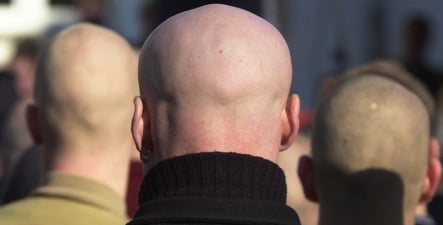 According to police reports, some of the right-wing extremists were extremely drunk, chanted anti-semitic slogans, and then deliberately provoked the clash with police. Matthias Knöchelmann, chief of police in the area, spoke of “a successful major operation” to suppress the violence, which also involved federal police officers.

Six people were arrested at the scene on suspicion of “serious breach of the peace.” The six men, who Knöchelmann said were “clearly ring-leaders,” are believed to have attacked officers with iron bars and parts of a ripped-up park bench. Initial reports suggest there were no serious injuries and no instances of serious property damage.

Two of those arrested are known to the police as particularly violent members of the local right-wing scene.

The fights began after midnight, and several dozen police officers were called to Bützow, where an annual folk festival is currently being celebrated. Some witnesses said that reinforcements arrived too late.

The same folk festival also witnessed extremist right-wing violence two years ago, when a stand belonging to a Pakistani and several policemen were attacked.

“We were prepared for violence last year, because of those incidents, but nothing significant happened.” Knöchelmann said. “This time we received information in advance that certain people would look for a confrontation with the police.” Around 70 police officers were on duty until Sunday morning, some brought in from neighbouring districts.