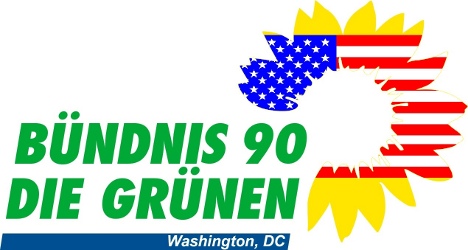 The chapter or the environmentalist Green party, loosely modelled on the successful US Democrats Abroad initiative, aims to mobilise some of the estimated 200,000 eligible German voters living in America.

A mere 5,000 voted in the last election in 2005, the group’s spokesperson Arne Jungjohann told The Local recently. But the group hopes to increase that number to 10,000 for the September 27 poll.

“The longer you live outside of Germany, the more you become mentally detached,” he said, insisting that the group’s efforts will be largely non-partisan until after the September 6 voter registration deadline. “There are technical barriers and bureaucracy that mean not enough people are using the right to vote. We are focusing on making it easier.”

Jungjohann, programme director for Environment & Global Dialogue at the Heinrich Böll Foundation, a Green party-affiliated think tank, said the first German political campaign on US soil is focused on reminding people to vote and connecting them to online voter registration options.

The volunteer internet networking campaign centres on blogs, Facebook, Twitter, YouTube and homegrown German groups founded on things as simple as helping each other locate traditional German bread and beer while abroad.

“Our 15 members here are young intellectuals who work for places like international organisations, the World Bank and universities,” Jungjohann told The Local. “They want to bring their international experience into German politics, and until now there hasn’t been a vehicle for that.”

He said some of the group’s members did not initially think of themselves as Green party supporters, but the party’s global approach to issues like climate change, justice and financial market reform was a good fit for their international experience and perspectives.

Founding the group in April 2008 wasn’t easy, according to Jungjohann. He and seven other founding members worked through bureaucratic red tape for a year before launching under the sponsorship of Berlin’s Mitte district chapter with the support of Green party deputy parliamentary floor leader Jürgen Trittin.

“But now other parties are getting jealous and saying they need something like this,” Jungjohann told The Local, adding that he’s also had calls from Greens in places like São Paulo and London asking for advice on how to set up their own chapters.

“The benefit is that German papers are now writing about Germans living abroad and now that we’ve thrown that stone in the water those voters might get much more attention,” he said.