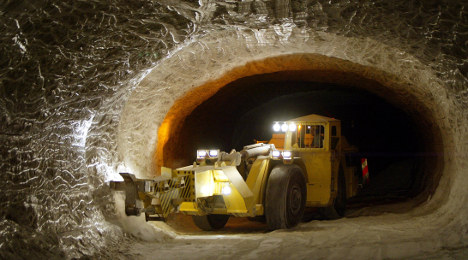 “Gorleben has many birth defects that are not compatible with today’s open and transparent policies and is therefore controversial,” he said.

Emrich suggested that since Germany’s reunification, options for new sites have increased, with potential regions including northern Germany, and the states of Bavaria and Baden-Württemberg.

But it is up to the government to set further guidelines for nuclear waste storage, Emrich said. Currently there is “no criteria that says Gorleben is suitable and none that says it isn’t suitable,” he added.

In May, a leaked internal BfS assessment revealed that Gorleben was developed illegally.

Since work began on the underground facility in the 1980s, only permission for “exploration” has been granted. But even without an official authorisation, the paper said that costs for assessing the salt dome for its suitability had been high because “the construction of the permanent storage depot was begun parallel to the investigation.”