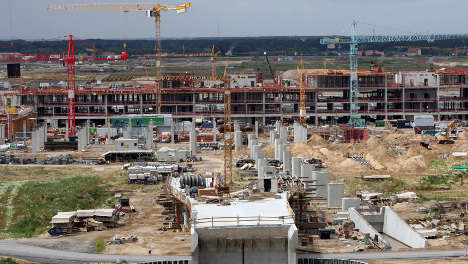 The working title, Berlin-Brandenburg International, or BBI, is not going to be retained, with politicians and project managers keen to have a more catchy, exciting name when it opens in autumn 2011.

A design agency has already been commissioned to develop an image for the airport, which will be the third-largest in Germany, and the name of former Chancellor Willy Brandt is among those being considered.

“It must be a name that has an international image, and yet also meets a broad consensus in the region,” Berlin’s state economy senator Harald Wolf said.

Advertising expert Volker Nickel said that the name BBI has “absolutely no charm” and should not be considered as a permanent moniker.

The name Schönefeld – which is the small town near the airport, just outside the Berlin city limits in the state of Brandenburg – will not be considered due to the umlaut which makes it difficult for non-Germans to spell and pronounce.

And calling the airport simply Berlin would also probably be controversial as it is actually in Brandenburg.

The decision will be made by a supervisory council which will include representatives of the federal government as well as those of Berlin and Brandenburg states. Names other than Willy Brandt being discussed include Marlene Dietrich and Albert Einstein.

After opening in its bigger form, the airport will become Berlin’s only air traffic hub. The historic Tempelhof airport has already been closed, and Tegel airport is due to be phased out when the new airport debuts.