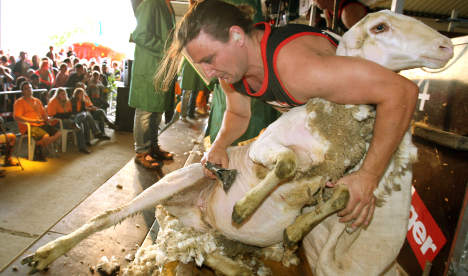 Hang on, I said just a bit off the back. Photo: DPA

The 62 competitors, including five women, sheared sheep in front of around 5,000 spectators who saw them remove between four and five kilograms of wool from each sheep.

The fastest needed only around three minutes to relieve a sheep of its wool using electric clippers.

Anette Wohlfarth, from the State Sheep Breeding Association of Baden-Württemberg, which organised the meeting, said that competitors were judged on speed, but also technique, cleanliness and quality of the shear.