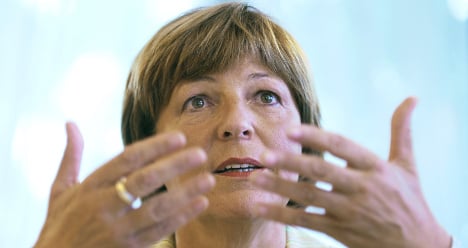 Politicians across party lines demanded this week that the Social Democratic candidate for chancellor, Frank-Walter Steinmeier, remove Schmidt from his campaign team after her office revealed she had used her official car for private vacations more than previously thought.

But Schmidt told daily Passauer Neue Presse on Wednesday that the trips were a “correct use” of her vehicle that had led to “weeks-long debate.”

“The budgetary committee should address a revision of official car guidelines and income tax guideline – but for everyone,” Schmidt said. “Correct behaviour shouldn’t lead to accusations that one has acted immorally. When this is the case, the rules need to be changed.”

After the National Audit Office cleared her of misuse by a preliminary report in early August, SPD chancellor candidate and current Foreign Minister Frank-Walter Steinmeier took her onto his election team.

But new information from the Health Ministry has revealed that Schmidt used her official car, a €90,000 armoured Mercedes S-Class, on vacations in 2004 and 2008. The ministry cited security reasons and said Schmidt had not violated the law.

Schmidt said Wednesday that she hadn’t had “just a few appointments” on her trips, and said that she had been meeting with Germans there who “are still taxpayers.”

She faces the budgetary committee next week, “where the questions can be answered,” she said.