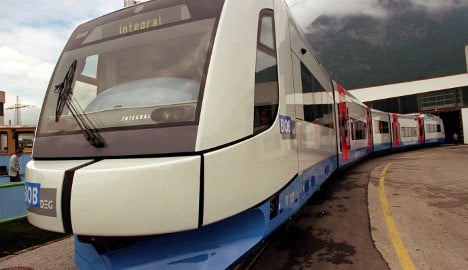 The holiday-makers were driving through the town of Feldkirchen an der Donau on their way to the Upper Austrian capital of Linz. As they turned at an intersection, they crossed a set of train tracks and were struck by the train.

“There was a severe collision, wherein the train drug the car some 20 metres where it came to a stop with heavy damages,” a Linz police statement said of the Saturday afternoon accident.

The 56-year-old man and 52-year-old woman, in addition to the occupants of the train, were unharmed.

According to the Austrian police press release, the Germans were from the Bavarian town of Neurichenau, near the border of the two countries.

Police do not know how the man, who was driving the car, overlooked the oncoming train.