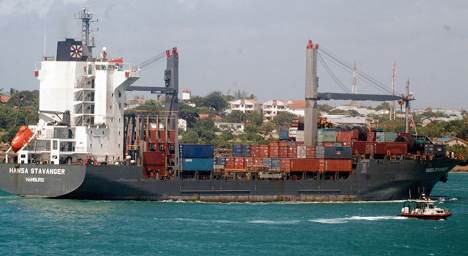 Krzystof Kotiuk and the ship’s 24 crew members were finally released August 4 after the Hamburg shipping line Leonhardt & Blumberg paid a $2.75 million (€1.9 million) ransom to the pirates.

The 20,000-tonne vessel was seized in April around 400 nautical miles from the Somali coast, between Kenya and the Seychelles.

The company initially offered just $600,000 in ransom to the pirates, a sum that Kotiuk’s wife Bozena told the magazine was simply too little.

She accuses the company of dragging its heels on the ransom payment far longer than was necessary, the magazine reported.

The couple is also upset by the behaviour of the company’s management since the hostages were released. They said that company CEO Frank Leonhardt had not called to check in more than ten days after Kotiuk regained his freedom.

If the company does not respond to Kotiuk within the next week, he said he planned to file a lawsuit.