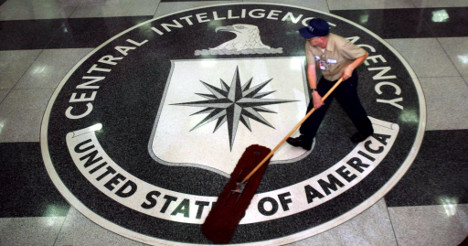 While the existence of the “black sites” has been known for some time, new details about how they were built emerged in recent interviews with ex-intelligence agents, the paper said. According to information obtained by the paper, the CIA asked Kyle D. Foggo, head of the European supply base in Frankfurt, to build the prisons in Morocco, Bucharest, and one other Eastern European city. His work quickly made the supply base the most important CIA hub in Europe.

“It was too sensitive to be handled by headquarters,” Foggo said in an interview, acknowledging a role the New York Times said has never been reported. “I was proud to help my nation.”

The prisons were built to hold about six detainees, former intelligence officer said. They were also identical, a feature meant to disorient prisoners if they were shuffled between facilities.

Foggo oversaw the construction of the three prisons, which were outfitted with equipment for waterboarding, a practice that would become one of the Bush administration’s most controversial anti-terror policies, the paper reported.

Foggo’s part in the prison planning propelled his career to the CIA’s third-highest position before his involvement in a fraud scandal became a major embarrassment for the organisation, the paper said.

“The demands of the wars in Iraq and Afghanistan had transformed Mr. Foggo from a fringe player into the CIA’s indispensable man,” the paper reported. “Before the 9/11 attacks, the Frankfurt base was a relatively sleepy resupply center, running one or two flights a month to outlying stations.”

The 55-year-old would not discuss classified details about the jails during his fraud trial, and the CIA declined to release files, the paper said.