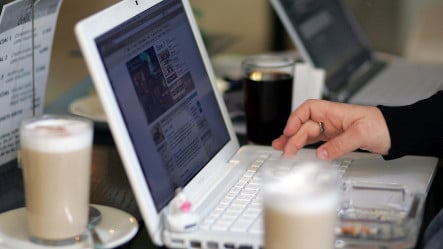 The capital city’s plan, which has already been three years in the works, was to attach 5,000 wireless transmitters to traffic lights to provide the free connection to the web. But a spokeswoman from Berlin’s transport minister Ingeborg Junge-Reyer’s office told the daily that plan is more expensive than originally thought, and the plan is now on hold.

“Simply plunking them in isn’t going to work,” Manuela Damianakis said in Monday’s edition of the paper.

Planners have said the transmitters could also sap energy from the traffic lights, and safety concerns prevent an individual power source from being added to the light poles. Junge-Reyer’s office has expressed concerns that the router’s proximity to the traffic light electrical system could also compromise its security. Damianakis said the added concerns will force each of the 5,000 locations to be evaluated on an individual basis.

The concerns come in spite of a successful two-week test trial conducted in February by the company providing infrastructure for the network, Stuttgart-based Airdata, and energy-supplier Nuon. No interferences with the light’s electrical operations or security were recorded, Nuon said.

Meanwhile the city’s new objections – and the added expense that comes with it – has Airdata threatening to step back from the project.

“We’ve made it absolutely clear that this makes the project impossible. How can they expect to plan a network if they have to negotiate each of the 5,000 transmitter locations individually?” Airdata spokesman Thomas Katz said, adding that all the technical aspects will be thoroughly tested before going online.

Traffic lights have been part of Berlin’s wireless internet plans since March 2007 and Airdata has been involved in the project since the beginning of 2008. The pilot project, unique in Germany, has also faced criticism from Berlin businesses who are concerned that the router antennae will mar the city’s aesthetics.