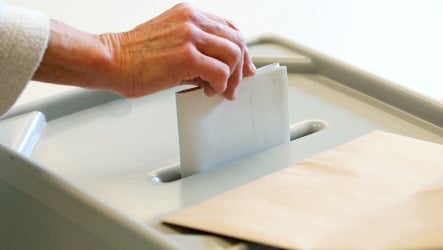 “We’ll send a small team of 12 experts from different member state countries,” said Jens-Hagen Eschenbaecher, spokesman for the Office for Democratic Institutions and Human Rights (ODIHR), which is the OSCE’s election monitoring body.

“It’s the first time we’re sending a mission to Germany. Germany was the only big member state from Europe where we haven’t sent any observers so far,” Eschenbaecher said, adding that the move had been decided on an invitation from Berlin.

Similar missions had already been sent to monitor parliamentary elections in Britain, France and Switzerland, the spokesman said.

According to German press reports at the weekend, the OSCE decided to send election observers following a controversial ruling by the electoral committee barring smaller parties from participating in the September 27 vote.

But Eschenbaecher insisted the OSCE’s move “has nothing to do with the decision of the electoral committee.”

The OSCE did not reveal the nationalities of the 12 observers who will be sent to Germany in mid-September for a period of three weeks in which they will monitor the election campaign itself, media coverage and the legal framework of the vote, Eschenbaecher said.