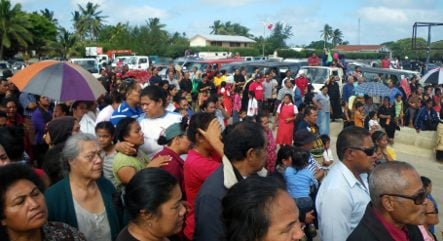 Officials said a 28-year-old man and a 27-year-old woman, who comes from Bavaria, were on the Princess Ashika ferry when it sank.

Reports on the BBC suggested the vessel sank on Wednesday evening local time around 90 kilometres from the Tongan capital Nuku’alofa with 119 people on board.

It seems 53 men who were on the deck when the boat sank, have been rescued but there are grave fears for the passengers who were in cabins at the time – largely women and children.

Two bodies have been recovered by rescue teams. Survivors say the ferry ran into large waves and lost control, sinking within a few minutes, leaving barely any time for people to jump off.