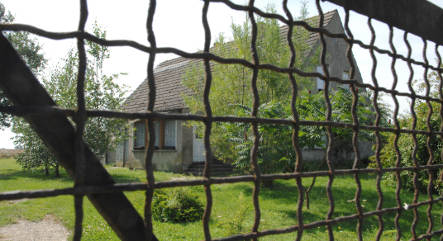 On July 15, authorities in the Brandenburg town discovered that Jennifer, who displays signs of autism, had been kept locked up in her parents’ house for several years. She never attended school or saw a doctor after her family moved from Berlin to the idyllic town.

After the case emerged, the state Education Ministry said they had found records showing the girl had not been registered at school. Thursday’s details revealed that Jennifer’s parents lied to the director of a Templin school for disabled children in 2002, telling her they had found a place for her in a private school in the state of Mecklenburg Western-Pomerania.

According to ministry officials, the director believed the parents and did not inform the supervisory school authorities.

At that time Jennifer’s parents presented an official document to opt out of public schooling for their daughter, complete with confirmation from the private school. The school director believed that this document meant the family had already had their decision approved by the educational authority.

Now officials are trying to ascertain whether the document was forged.

Last week authorities said they were planning to institutionalise Jennifer at a therapy centre for disabled children. They initially took Jennifer’s two siblings into custody, but they have since returned to their home. Jennifer did not show signs of abuse when she was found.