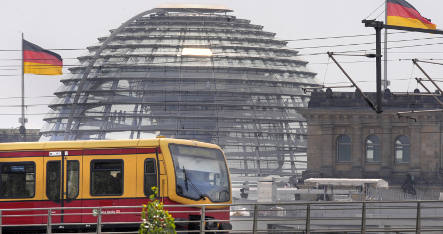 The East-West commuter rail route between Ostbahnhof and Zoologischer Garten began at dawn, the S-Bahn announced.

Many of the S-Bahn routes were suspended July 20 after federal railway regulators ordered national railway operator Deutsche Bahn, which manages the service, to pull nearly three-quarters of all the commuter trains for wheel repairs. So far more than half of the trains still need to be checked.

All routes are expected to be restored at a reduced capacity by August 9 and all the trains should be back in service by December.

The scandal deepened last week when some 40 busses running to replace the cancelled rail routes were pulled off the road for mechanical defects, including the risk of fire.

The latest breakdown in service increased calls on Berlin’s transport minister, Ingeborg Junge-Reyer, to renegotiate the city’s contract with DB, worth €225 million.

Meanwhile Berlin state prosecutors are investigating S-Bahn executives over the mismanagement that led to the current chaos. S-Bahn boss Tobias Heinemann and other members of the company’s executive board are accused of consistently ignoring train maintenance schedules and allowing damaged wagons to return to service unrepaired.