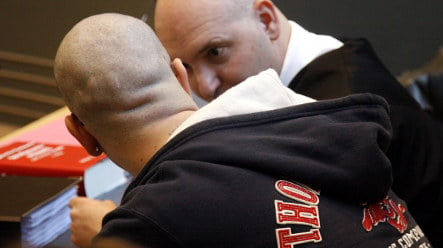 The Federal Office for the Protection of the Constitution’s (BfV) Brandenburg and Saxony Anhalt branches believe the neo-Nazi National Democratic Party (NPD) and the German People’s Union (DVU) have squandered support they built up at previous elections.

At the Potsdam launch of a campaign against right-wing extremism, Winfriede Schreiber, head of the Brandenburg branch, said the dissolution of the “Germany pact” between the parties had “clearly weakened” the far-right camp.

Under the electoral pact, the parties had agreed not to run candidates against one another. Its dissolution means the parties are likely to split the far-right vote.

Volker Limburg, head of the Saxony-Anhalt office, said right-wing extremists in his state had failed to build the cross-state networks necessary to fight in September’s federal and state elections.

The trend within the scene is moving towards more isolated and regional right-wing extremist groups, he said.

The NPD has been relying on using loosely organised neo-nazi gangs to build local support, he said.

The NPD now holds seats in the state parliaments of Saxony and Mecklenburg-Western Pomerania but the DVU holds none. Neither party has won the necessary 5 percent federally to gain a seat in the Bundestag, the lower house of parliament.

The far-right scene has had only limited success recruiting new members, the BfV said. In Saxony-Anhalt, the number of party members sank in the past year from 350 to 280.

The number of autonomous far-right supporters dwindled from 270 to 240. In Brandenburg, however, the NPD managed to attract 50 new members to grow to 300.

The NPD and, in particular, its youth wing, the Junge Nationaldemokraten are increasingly dominated by neo-nazis, Limburg said. Senior party officials move freely between the party structure and the neo-nazi scene.

Furthermore, the Organisation of Neo-Nazis in Comradeship, which represented autonomous nationalists, seems largely to have broken up.

In its place, loosely connected organisations have cropped up, mostly on the internet, Schreiber said. Cross-state cooperation was “rare if it happened at all.”

Currently there are 25 far-right groups in Brandenburg and 16 in Saxony-Anhalt. They often use concerts as meeting points, he added.