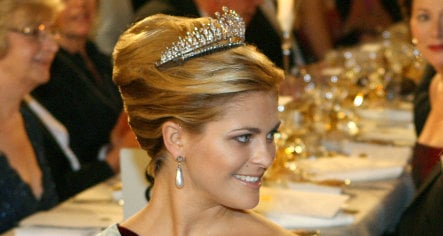 The Hamburg-based court of appeals found that Princess Madeleine had been subject to a campaign of “reckless” gossip, ordering that the lower court’s award of €300,000 be raised by one-third.

The Swedish royal family had indicated earlier that the money will be donated to charity.

The case stems from several articles published in papers belonging to the Klambt publishing house, including titles such as Frau mit Herz (“Woman with Heart”) and Welt der Frau (“World of Woman”).

The stories included a wide range of false information and claims about Princess Madeleine’s life and living habits.

According to German press reports published on Thursday, a spokesperson for the Hamburg court said the articles were “unequivocally untrue” and that the substantial damages award was an attempt to create “a major inhibiting effect” on the tabloid press.

The stories were published between 2000 and 2004 and the suit was first filed by the royal family’s star German attorney Matthias Prinz.

According to a statement issued on Thursday, publishers Klambt apparently realized long ago how the court would likely rule.

“The damages amount is of a magnitude expected by the Klambt media group. A corresponding amount was set aside back in 2004,” said the Baden-Baden based publisher.